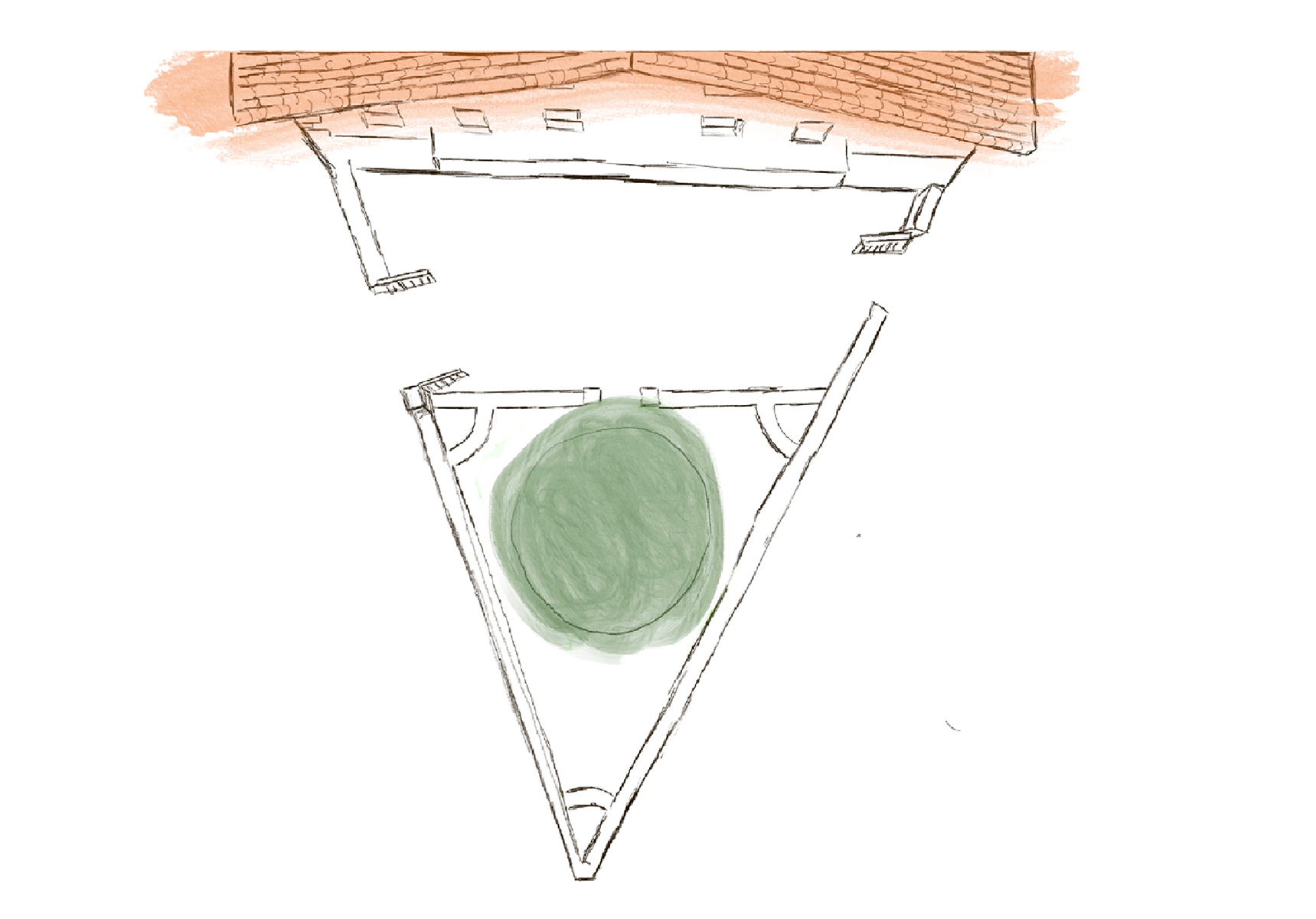 Posted at 12:52h in Hezkuntza by maite

Phase I: the Origin of Idea

It has been a long time since I have been thinking about building a little circular house, a geodesic dome: an architectural element similar to half of a sphere: a cupola. The English word “dome” derives from the ancient Greek and Latin domus (“house”).

Since the first time I saw one, I have been fascinated by the architectural structure of domes. It was in southern England when I met Project Eden. The Eden Project (1995) is a marvelous landscape work restored from a working china mine. It is a project dedicated to environmental education where it is possible to watch different biomes inside giant domes. If you have the opportunity, I would recommend you to go there.

When I lived in Copenhagen, there was a beautiful Domo, near the black diamond, the national library where I used to study. This time it was a giant glass dome with a wooden house inside, where they organized charming events, such as jazz concerts.

The structure of the domes seems to be very old; it goes back to Mesopotamia. It has been used in most civilizations since the Roman Empire or Persia. Domes have been constructed over the centuries from mud, snow, stone, wood, brick, concrete, metal, glass, and plastic. The first geodesic dome, however, was created by the Berber physicist Walther Bauersfeld c for the planetarium of Jena.

Phase II: Preparing the terrain: The timber skeleton and the green roof.

This tiny house aims to create a low-impact, sustainable home, so I decided to use bioconstruction principles. Bioconstruction seeks harmony between civilization and the built environment. Also, ancient techniques are restored, taking into account the health of the environment and humans. In other words, it aims to create healthy buildings for nature and man.

For the construction of the Nafarrola’s dome, we are using these principles from the beginning. For example, to create a platform for establishing domo, we have used surrounding stones, wood, and lime. We have recycled wood as much as we could to reduce the ecological footprint and economic expense. The isolation from the soil earth, for instance, is made of straw and lime that surrounds it.

The whole process has been an experiment, a learning process. It was the first time I had ever built anything — many defeats and the creation of many solutions. Moreover, when you take action and build with your hands, you can easily see the result of your actions.  It has been a great experience to share a project like this with friends and family. We have already created very good memories, and this goes on. I’m so grateful for all the help I’ve had.

Perhaps I could have done it alone, but I have no doubt; sharing the experience is always better!!!